A relatable public parenting horror story inspired Gundry to leave her successful culinary career that included being a Food Network Star finalist, editor for Martha Stewart Living, cookbook author, and culinary products innovator, and found Pluie. “I was out to lunch with my 10-month-old son, and he had a diaper blowout in the middle of the restaurant,” recalls Gundry. “The changing table in the women’s restroom was dirty and left a lot to be desired, and the men’s room didn’t even have one. I thought, ‘there has to be a better solution’.”

Gundry’s ‘better solution’ is unlike anything the diaper changing table market has ever seen, an industry that hasn’t changed since its founding in the 1980s. Using patented UV-C light technology known to kill 99.9% of germs and innovative design, Pluie tables self-sanitize after every single use, feature a retractable safety strap that won’t collect dirt when not in use, and include an attached diaper bag handle to keep bags and purses from being placed on a contaminated surface.

Pluie is committed to Changing the Table™ by making sure all parents and caregivers on the go have a clean, safe and comfortable option in every public restroom. “The health and safety of our loved ones is always top of mind, but this pandemic has made it even more so. Parents and caregivers taking their children out in public are looking for clean, safe ways to care for them at the grocery store, museum, airport, doctor’s office, stadium, and more,” says Gundry. “Public facilities are more concerned than ever with the health and safety of their guests. We’ve all become accustomed to seeing premium touchless hand dryers and self-flush toilets in public restrooms, but when it comes to the diaper changing tables, it’s clearly been an afterthought.”

Inc. editors received thousands of nominations for their fourth annual Female Founders 100 list, ultimately selecting the most exceptional and diverse group of women who powered through adversity and changed the world. The final list honors entrepreneurs of every age, background, and geography – from early-stage founders with world-changing ideas to women who have taken companies public – in a vast range of global industries including tech, retail, finance, fitness, health care, consumer products, food, and more. Gundry joins the ranks of Stacey Abrams, Rihanna, Shonda Rhimes, and many more. “The 100 women highlighted on this list are inspiring, creative, tenacious, and trailblazing role models in entrepreneurship. What’s more is they were able to achieve success during one of the toughest years ever. That’s something certainly worth celebrating,” says Inc. editor-in-chief Scott Omelianuk. 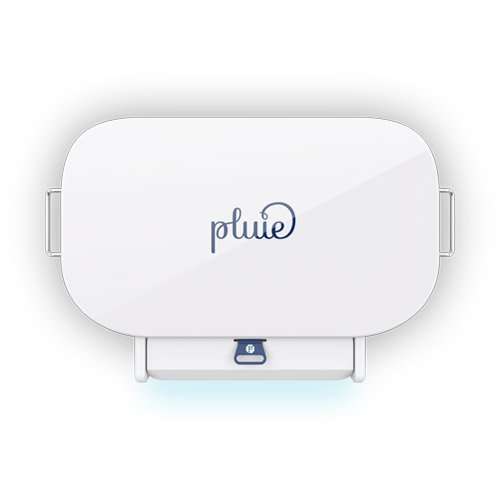 Established in 2020, Pluie is modernizing the outdated public restroom changing table experience with the world’s first and only self-sanitizing table, powered by a patented UV-C light system. Pluie is proudly female-founded and operated by CEO Addie Gundry and Co-Founder and COO Brittany Hizer. Pluie is made in the USA, headquartered in Chicago, and was named to Fast Company’s 2021 World Changing Ideas list. For more information, visit www.hellopluie.com and follow @hello_pluie.

The world’s most trusted business-media brand, Inc., offers entrepreneurs the knowledge, tools, connections, and community to build great companies. Its award-winning, multiplatform content reaches more than 50 million people each month across a variety of channels, including websites, newsletters, social media, podcasts, and print. Its prestigious Inc. 5000 list, produced every year since 1982, analyzes company data to recognize the fastest-growing privately held businesses in the United States. The global recognition that comes with inclusion among the 5000 gives the founders of the best businesses an opportunity to engage with an exclusive community of their peers, and the credibility that helps them drive sales and recruit talent. The associated Inc. 5000 Conference is part of a highly acclaimed portfolio of bespoke events produced by Inc. www.inc.com