World’s first self-sanitizing changing table recognized among 365 nominees CHICAGO —  Chicago-based, female-founded Pluiehas been named one of the winners of the 21st annual Chicago Innovation Awards. The winners were announced at this year’s event held on Wednesday, November 16th at Morgan Manufacturing.  The annual Chicago Innovation Awards is the Chicago region’s foremost recognition of […]

CHICAGO – Founded by two moms in 2020, local Chicago-based business Pluie has just been named the Grand Prize Winner of the Wintrust Business Spotlight Competition. The competition is a partnership between Chicago Innovation, Wintrust, and the Chicago Cubs. Pluie’s business has seen success on the back of its ﬂagship product, the world’s ﬁrst and […]

BOISE, ID – As more workers return to the office, Kiln Meridian is separating itself as the most family-focused coworking space in the marketplace by improving the cleanliness of the work environment and how parents care for their children in public.  Kiln has installed two new innovations changing the way we think of public restrooms: […]

CHICAGO, ILLINOIS – 6/1/2022 – Pluie, the first and only self-sanitizing diaper changing tables for public restrooms,  is proud to announce national certification as a Women’s Business Enterprise by the Women’s Business Enterprise National Council (WBENC). WBENC is the nation’s largest third party certifier of businesses owned and operated by women in the US. “As […]

SAN DIEGO – Petco Park will now offer a new amenity for families and young fans attending San Diego Padres games this season. The world’s first and only self-sanitizing diaper changing table has been installed to offer a cleaner, safer, more comfortable place to change diapers while at the ballpark.  Pluie changing tables are now […] 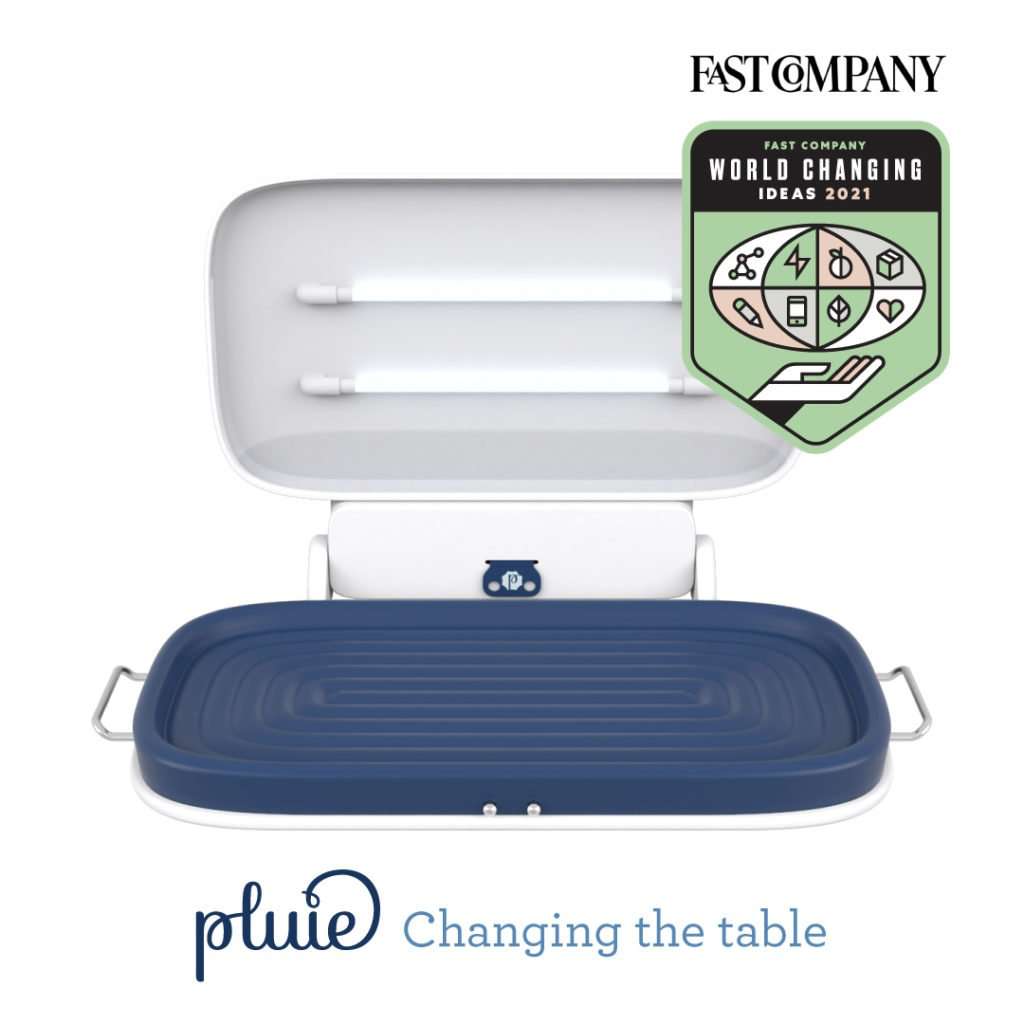 From a cleaner freight train to an automated beehive, a way to recycle fabric, and other bold,new technologies, the 5th annual awards honor the products, concepts, companies, policies, and designs that are pursuing innovation for the good of society and the planet. The winners of Fast Company’s 2021 World Changing Ideas Awards were announced today, […]